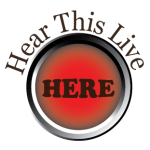 When we think of contemporary music composers of Asian descent in this era, South Korean composer Unsuk Chin is certainly one name that comes to the fore. Born in Seoul, South Korea in 1961, Chin began her musical journey on the piano at the age of 4. In fact, Chin stated that she originally wanted to be a concert pianist, but the economic situation in South Korea during the 1960s and 1970s did not allow her to receive the continuous, specialized education needed for that career path. Instead, she studied composition formally at the Seoul National University and already proved to be an emerging talent then, winning several international prizes, the beginning of her many accolades, from the Grawemeyer Award to the Music Composition Prize of the Prince Pierre Foundation for Gougalōn, which happens to be the piece discussed in this article. Chin later studied in Hamburg, Germany with another contemporary music composer of enormous stature, Hungarian composer György Ligeti.

Although Chin’s experience studying with Ligeti was in her own words, ‘paralyzing at first’, it ultimately allowed her to mature and progress as a composer. She learnt the importance of having a distinct style from Ligeti, who was adamant in achieving complete originality in his music. This uniqueness in style is clearly seen in Gougalōn, which takes her childhood experience of watching a traveling troupe of entertainers on the outskirts of Seoul as inspiration and re-imagines it in a truly creative and individual way. Many of the movements of Gougalōn are like theatre music. Chin plays with references; the second movement ‘Lament of the Bald Singer’ appears to be folksong in triple meter, but it is actually a fresh take on something we may be familiar with. Chin works with new and engaging sound colours through the use of extended instrumental techniques and unorthodox orchestration. She leaves us intrigued through a mystic and foreignness forged through her sound world.

Many composers do not like to be associated with their teacher or their music. However, it is endearing to note the presence of effective humour in both the works of Chin and Ligeti. Ligeti did what many contemporary composers of his time avoided –  he introduced humour in his music, albeit in a dark, enticing and non-kitschy way. This can be seen in works such as the famed Mysteries of the Macabre and his Violin Concerto. Gougalōn was not the first piece of Chin which deals unabashedly with humour and playfulness. Chin’s 2007 opera Alice in Wonderland, which is based on Lewis Carroll’s classic, has many childlike mischievous moments which had a part in making the piece a success with international critics upon its premiere.

The first and third movement especially, of Gougalōn, have elements of humour in them. The ending of the first movement ‘Prologue – Dramatic Opening of the Curtain’ pokes fun at the over-the-top grandiose of theatre show openings, but Chin balances this with exciting polyrhythmic layers and fresh instrumental colours. Chin talks about the amateurism and kitschiness of the shows by the troupe of travelling entertainers in her childhood, yet still being able to induce incredible emotions among the spectators. Although her intentions were clearly not the latter, she knew exactly what she was doing with her take on street theatre in the first movement. The third movement ‘The Grinning Fortuneteller with the False Teeth’ has its share of humourous moments, such as very blatant entrances of the brass instruments, paired with the use of Chinese hand gongs.

The fourth movement ‘Episode between Bottles and Cans’ is unabashedly an episode between bottles and cans. The duet between the two are supported by an array of colourful percussion and prepared piano sounds and, occasionally, fleeting string trills. The fifth movement ‘Dance around the Shacks’ is a captivating display of polyphony amongst string glissandi lines, and later the inclusion of the winds, embedded with beautiful sound colours like muted brass, harmonics and harsh string tones, which emerge for slight moments and disappear back into the dense texture. The sixth and final movement ‘The Hunt for the Quack’s Plait’ begins with an intense duet between the low register of the piano and the double bass, punctuated by the powerful attacks of the whip. What follows is a breath-taking, non-stop sprint to the finish line.

Chin finally states in her programme notes that ‘Gougalōn does not refer directly to the dilettante and shabby music of that street theater’ and that ‘the memories described above merely provide a framework, just as the movement headings are not intended to be illustrative.’ She has achieved her goal – Gougalōn is a piece of immense originality, yet we are presented with just enough of the recognisable as an aid to transport us into her imagination.